Winter is Coming: What to Expect from Penguin 4

Don't Know Much About History? 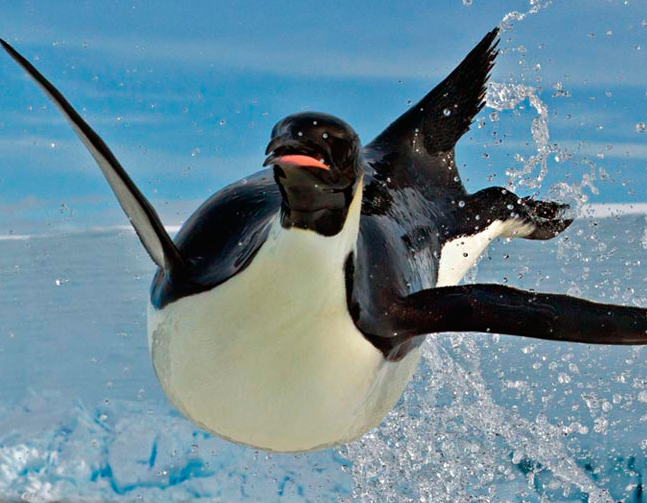 For the non-SEO initiated, Google periodically rolls out updates to their ranking algorithms. For some reason, the past few iterations of these revisions have been named after cute black and white animals: namely Panda and Penguin. While Panda and it's past versions are arguably ranking factors, not actual algorithm updates, most agree that Penguin has had far more reaching and drastic consequences.

In essence, the purpose of Penguin has been to cut down on  not-quite-white-hat SEO practices like shady link building schemes and comment spam links. It also categorized formerly acceptable levels of on-page SEO as "over-optimization," with penalties for formerly common practices like keyword stuffing and having too many exact match anchor text links ( inbound links from other sources that all have exactly the same non-branded keywords as anchor text).

So far, Google has released Penguin versions 1, 2 and 3 in April, May and October of 2012 respectively, and the result has been that many ex-high ranking sites have slipped down in SE rank considerably. Long story short, the takeaway from past Penguin updates has been to create relevant, rich content with organic keyphrase use. Links should be built through positive, natural means like quality forum comments and guest posts on reputable blogs, and try to stay away from anything that Google has deemed a sketchy "bad neighborhood" link block.

According to many SEOs who have cried foul over past Penguin updates, Google has been a little indiscriminate with penalty waving. However, now that they are on the precipice of a Penguin 4 update release, supposedly spam engineers have collected enough data to fine tune the algorithm since then. Although no-one can say exactly when this update is going to be released, it's agreed that it will be very soon, and that now is the time to perhaps start thinking about what changes should be made to prepare for it.

It seems pretty clear that social signals are becoming more and more relevant with regards to SEO, so it only makes sense to assume that Penguin 4 will feature their further integration into the algorithm. One definitive sign that this is already happening is Google's increased emphasis on Google+ Local pages, which are now a bit of a forced march for any business owners who were previously using Places.

While using social media might not make sense for every demographic, Google is clearly looking to at least use Google+ to plug some holes as far as missing data goes, so having having relevant and active social media profiles could be useful in verifying link quality in the coming months.

In the past, it may have been acceptable to submit your site to dozens of random directories and resource sites in a bid for link quantity over quality, but this is exactly the type of behaviour that previous Penguins were enacted to crack down on. With this in mind, it seems a pretty sure bet that Google is looking to once again tighten the reigns on irrelevant links and content. Basically, what this means is that you should not be simply linking out to random articles, nor should you be trying to secure links from sources that have nothing to do with what your business, site or blog is about.

If you feel that your site has a lot of totally irrelevant links that might hurt it as Penguin 4 marches forward, you may want to check out Webmaster Tool's disavow tool.

Look Out for Accidental Spam Indicators

There are a few things that could get you flagged for potential spam activities, even if you aren't necessarily doing anything especially black-hat or untoward. One of these in particular is the rate at which your site building new links. Google has been changing the way that it monitors link building velocity recently, and it is much better to engage in a sustained program of link building with trusted sources than to try and secure a "silver bullet" and build a ton at once.

Another thing to be aware of is that Google is now looking at your percentage of exact match anchor text links more closely. Exact match anchor text would be if I was constantly linking on particular keyphrase over and over without variance. It's honestly not a bad thing to have a few instances of exact match anchor text, but where we begin to enter into spam-alert territory is when web writers link the same exact keyphrase at a very high percentage of the page or site's total links. What this percentage is, no one is entirely sure, but if it seems unreasonable it probably is. One great way to avoid this situation is to use synonyms to vary your target phrases.

Also remember that branded keyphrases are fine to use as exact match anchor text links in high percentages. This would entail your company or business name, for instance. In fact, branded anchor text should be the highest percentage used on your site.

Try to think of fresh content on your website as though it was fresh produce at the market; it has an expiration date, and it will only be worth something for so long. Google is known for having very time sensitive listings, so content is worth  far more when it has been freshly created than when it has had some time to stagnate. This is done as a way to keep the turnover rate on new ideas flowing on the web. Bear in mind, a quality piece of content that is relevant and continuously referenced and linked to will continued to retain worth over time. However, although it may experience spikes in popularity later in it's shelf life, it will never be worth as much as it was fresh.

With this in mind, set a reasonable schedule to sit down and produce relevant content. This is absolutely essential to your site's well being.

Nobody can predict with absolute certainty just what changes the Penguin 4 update will bring. What can be said is that Google is once again sure to crack down a little harder on traditional link building practices to ensure that site owners are truly deserving of the link juice that is being passed to their properties. If you strive to be a creator and contributor of truly valuable and relevant content to the Internet community at large, you can be sure that you'll do just fine.