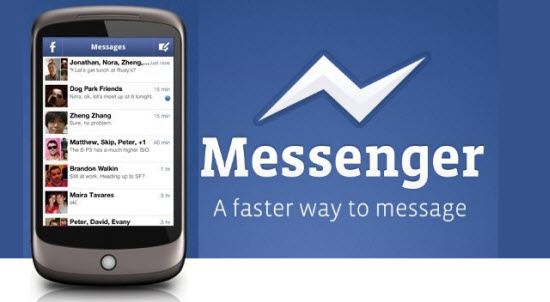 Facebook's Messenger app for mobile devices, once an optional, external app that allowed users to chat with friends and family outside the mobile Facebook interface, is now a required download for iPhone and Android users. Though this move that renders users unable to send or recieve Facebook messages through their mobile devices without the app is incredibly unpopular, the biggest complaint (and why it has only received an average of 1 star out of nearly 20,000 reviews) has to do with privacy.

According to an outline of some of the Facebook permisssions required for the Android version, the Facebook Messenger app can:

Add or modify calendar events and send email to guests without owner's knowledge.

Read, edit, and send text messages from your phone.

The list goes on. And on. Many people aren't reading terms of use and just download the app, unknowlingly allowing Facebook permission to a good portion of their mobile functionality, but some also just don't mind, and compare it to any other mobile permissions.

The majority, however, clearly do care- with almost 20,000 negative reviews, users are upset at the "forced" download. "I refuse to download an app that takes up so much extra space on my phone when I already had an app that did the same exact thing as this one," wrote a reviewer. "I refuse to give Facebook permission to access my microphone or camera at their will. If they only needed the camera to take photos within the app and only needed the microphone for use with the app, they would not word their 'privacy' statement to say they can access it when they feel like it... Facebook has over-stepped boundaries and needs to be put in its place."

The Daily Dot's Mike Wehner wrote that all these permissions aren't as insidious as they seem, however. "The app has legitimate reasons for each request, and you have no reason to panic." They may seem creepy when worded as, “This permission allows allows the app to use the camera at any time without your confirmation,” but it also doesn't mean that your camera will be manned remotely by super spies attempting to glean insight into your daily life. It's just asking to access the camera without having to prompt you each time.

So no, it's not a practice in social espionage, but for sure the implications of the amount of data we wittingly (or unwittingly) share through our phones are daunting. Many people are saying it's time to stand up and say "no," but plenty of others see this exchange of information as part and parcel of the growing mobile landscape.

What do you think? Are we giving too much personal data away for the ease and convenience of mobile applications? Or is it a small but necessary sacrifice for all the benefits we get from mobile technology?